Started in 2009 in Chicago by Founder and CEO Matt Matros, his concept came from a need to find a place that was healthy but also supported his lifestyle on the go. He started his “dream place to eat” across from the Sears Tower in downtown Chicago when he was 29 and now there are 11 locations in Chicago and five in Washington D.C. Beyond Boulder, Colorado also has the Union Station project and a third will be opening on Colorado Boulevard in June.

The concept is fresh, bright and offers healthy options like quinoa bowls, “bar-ritos” of fresh and organic ingredients wrapped in whole-grain tortillas and salads. They also have fresh smoothies and juices.

Upon entering the space (which perhaps has one of the best views of the Flatirons in town) it’s filled with light, bright white tiles and hues of mandarin orange. The space undoubtedly has a vibrant energy to it.

It’s nice to see while people are shopping there are fast casual options that are relatively healthy like this come to Boulder. The fit makes a lot of sense to me.

The menu also lists the calories, carbs, and other pertinent nutritional details to help you make a deductive decision about your meal purchase.

I was interested to see their only meat on the menu was chicken. Upon inquiring, they shared that they rotate and update their menu frequently, but once having beef their chicken dishes were always the favorite. They’re looking into serving other lean proteins such as bison in the future. Their meat isn’t all organic, and upon inquiring if food is local, they’re large enough that they tout “natural” but aren’t sourcing locally for each of those locations, quite yet.

I also tried the BBQ Bar-rito which is wrapped all natural chicken, organic quinoa, shredded cheddar, house-made agave BBQ sauce and their Super 6 Salad Mix wrapped in their whole-wheat flax tortilla. The BBQ sauce will be unique to what you’re used to, based on that agave taste.

It is worth noting that the Boulder menu has some of its own flare added to it, like my favorite blended drink I tried, “Pikes Peeled” which is chocolate protein, (choice of) milk, organic peanut butter, banana and organic agave nectar. Basically, tastes like liquid peanut butter but love the blend of protein in here. With their raw juices you can add “boosts” like chia seeds, aloe, fiber, and more to enhance your healthy kick.

Finally, there’s a menu dedicated to the kiddos making it a very family-friendly location.

Go on, give them a try for your on-the-go health needs. 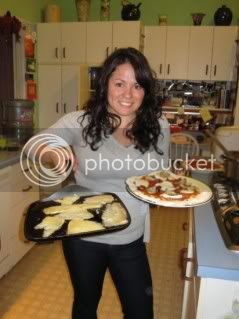